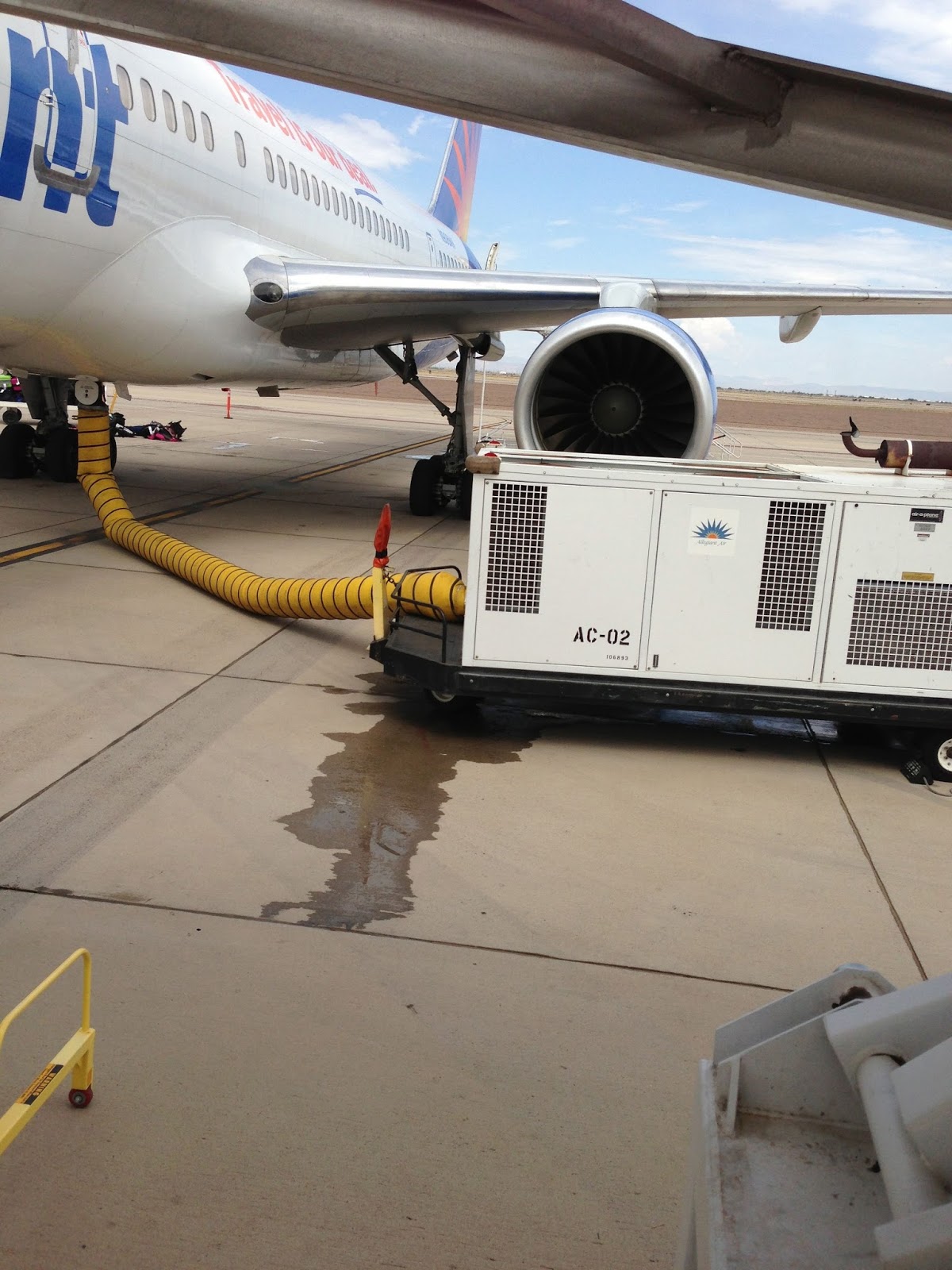 First off, let me say that I do take into consideration that things just don’t always line up but sometimes there are just companies that don’t care. Well, maybe not care but they don’t take action on apologies on something their company may or may not have slacked on.

Now for Allegiant Airlines, the “cockroaches of the sky.” Yes, that is a direct quote from another passenger on board. I knew I had strong feelings about Allegiant but I’m glad that I wasn’t the only one. I also have to admit that I thought that statement was very accurate and ridiculously funny. Minutes had passed and I was still giggling at the nickname.

Anyways, let’s start from the beginning…

We were getting ready to book our flight to Hawaii when we saw that Allegiant had the best rate hands down. We had never flown Allegiant but we’ve never had any truly bad experiences and it was cheap. Well once booking the tickets we found out that you have to pay to pick your seats. That was a bit crazy but whatever, we would rather have the seats we wanted. So we’re going through the menu screens and see that we can pay $35 each way for checked bags which is to be expected. What wasn’t expected was that the checked bags could only be 40lbs(5lbs less than every other airline) and the kicker…you have to pay for CARRY ON bags! It was $25 each way for a carry on bag. Our minds were blown but I guess we then saw why the tickets were so cheap.

We pulled up at the airport exactly 1.5 hours ahead of time to give ourselves plenty of time to get through security, etc. since we have never been this airport before. As soon as we stepped out of the cab we heard the announcement..”flight 1234 to Honolulu has been delayed 3 hours.” I was like sweet, I could have stayed at work longer or slept longer but it was what it was. We get up to the ticket counter and ask why the flight was so delayed for them to inform us that the flight our crew was on last night came in really late(2 am) and its FAA rules for them to have 12 hours off. Now, this is when I started to get really irritated.

Yes, I agree with that FDA rule BUT you mean to tell me that they knew since 2 am that the flight was going to be delayed but didn’t both to tell the passengers or update the website until we were there?! That was absurd to me considering we were dropped off by a taxi and the closest place to eat, drink, entertain ourselves was over 2 miles away in the 110+ Arizona heat. 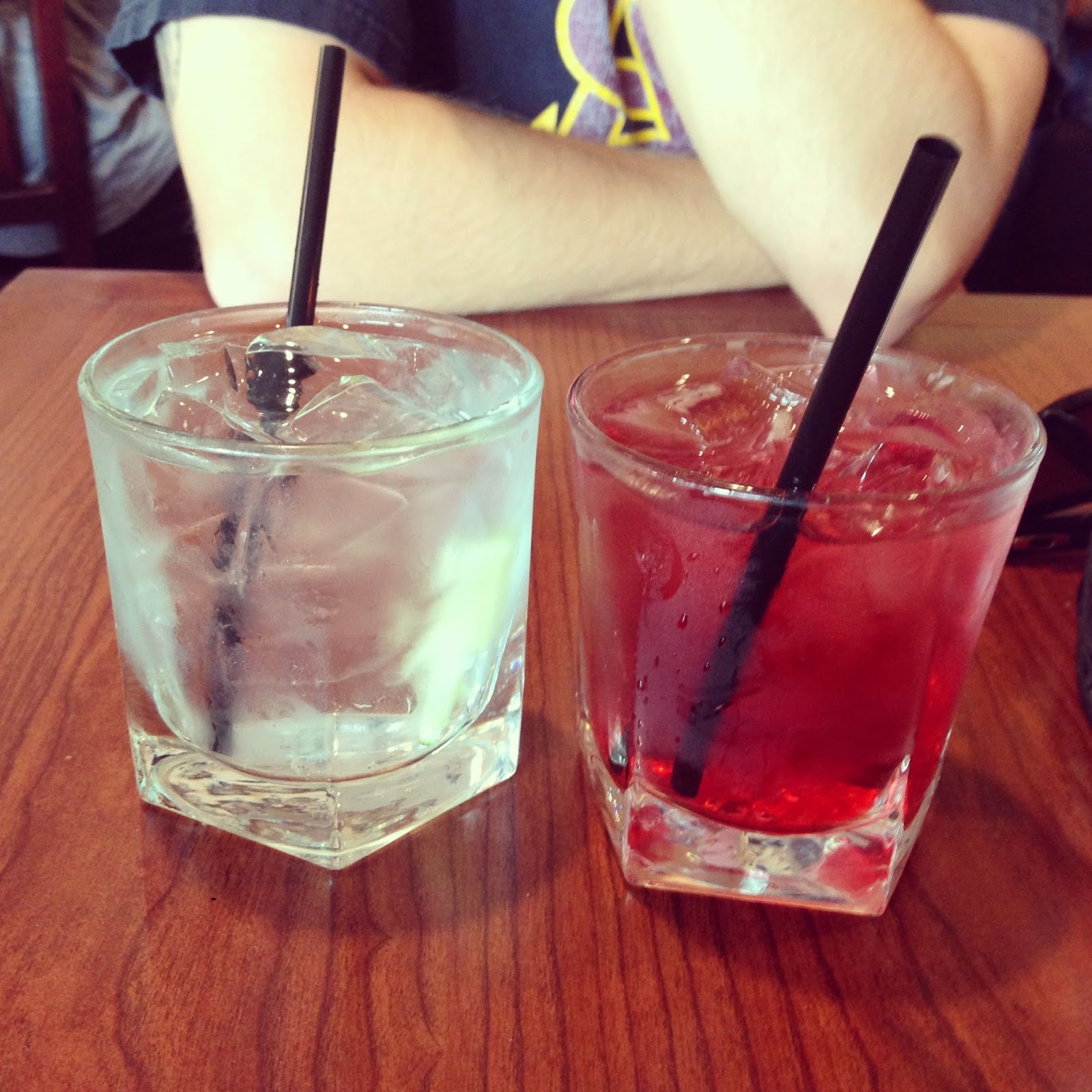 We decided to “make camp” for the next 3 hours on the hard tile of the airport since there were only 15 or so seats available for all 100+ of us to sit in. Not including the fact that 1-2 people were laying down in 3 seats which was just so thoughtful. After a while, I needed to go to the bathroom so I went and when I was coming back I noticed a sign that stated there was a little restaurant and 2 paradise bakeries after the gates. So we packed everything up and headed over in hopes of finding a place to sit. Once we go over there we saw the one little burger place and a tiny open table. We didn’t care though, we took it. The best part was that they had a bar to keep us company and so it did. We had ourselves 1 or 6 drinks that the bartender so awesomely prepared.

Finally, it was time to line up to board the plane. For whatever reason Allegiant makes zones 1-4 for 10 passengers and Zone 6 for the rest of the plane. Not good planning but whatevs. We get our boarding passes scanned and walk through the door to the outside which totally caught me off guard. Since it is such a small airport you actually walk over to your plane. I honestly liked it in a way since it was so different from walking through an enclosed walkway that always makes me slightly claustrophobic if there’s a line.

We finally board the plane and get comfy then realize everyone is seated and nothing is happening. About 20 minutes pass and someone comes on the intercom to inform us that one of the restrooms isn’t working. This really set well with everyone considering the plane had been delayed 3 hours already and no one thought to maybe check the plane within that time period?! Good plan.

Four hours after our flight was supposed to depart we finally get up in the air with no apology from the captain nor the flight crew. Things were going well until I freezing and went to turn my air nozzle but wait, there isn’t one. The whole plane gets to enjoy the frigid air. Then I was like, oh well, I’ll just lay back in my wooden backed seat and go to sleep. Oh wait, I can’t do that either…the seats don’t recline! Yes, you heard me correctly and if I had paid attention to the nice white sticker in my face I would have realized that. 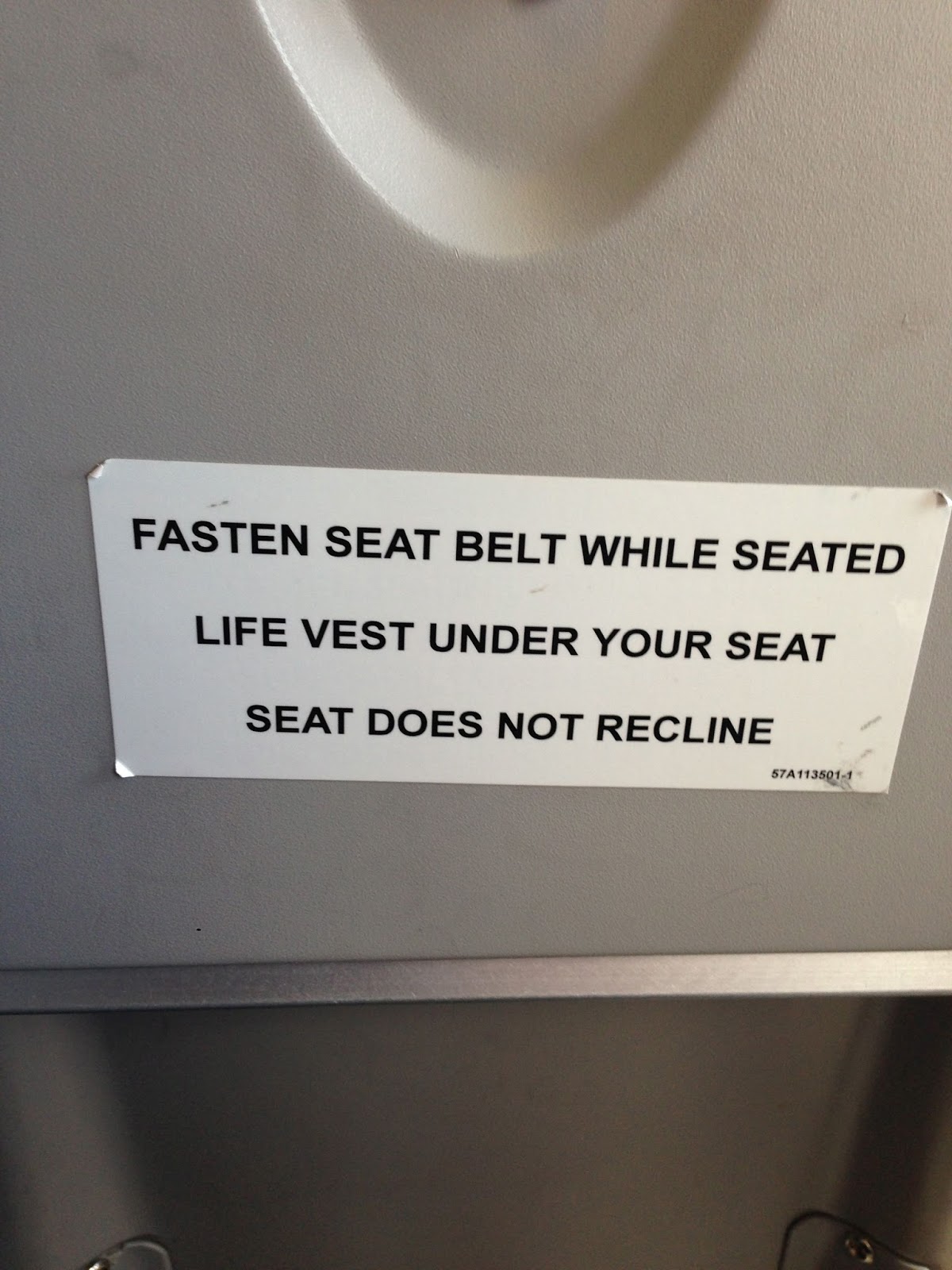 Time passes and I do fall asleep for a quick 20 minutes then awake to the glorious air cart full of it’s overpriced, hunger inducing snacks. I decided I wouldn’t like some peanut m&ms and ask for a water to go with them. The flight attendant so nicely responded, “water is two dollars.” I was like water isn’t free?! That seems slightly illegal but maybe I’m just assuming. So I forked out my money so that I could quench my dry mouth from the cold frigid air that I’m unable to control. Oh, and you know that bathroom they had to fix? Well, good thing they did because they closed off the front two bathrooms to everyone on the plane. So in good safety, 7 people would hover around the only bathrooms constantly the whole flight.
Finally, we reach our destination and instead of being let off we have to wait for them to escort a guy off the plane because he apparently was refusing to fill out his agriculture form. Annoying but I understand.The best part for airlines, when traveling round trip, is that if they always get a second chance with the return flight to change my mind. So the time finally came for us to head home from Hawaii and we notice all of the same passengers we traveled to Hawaii with. 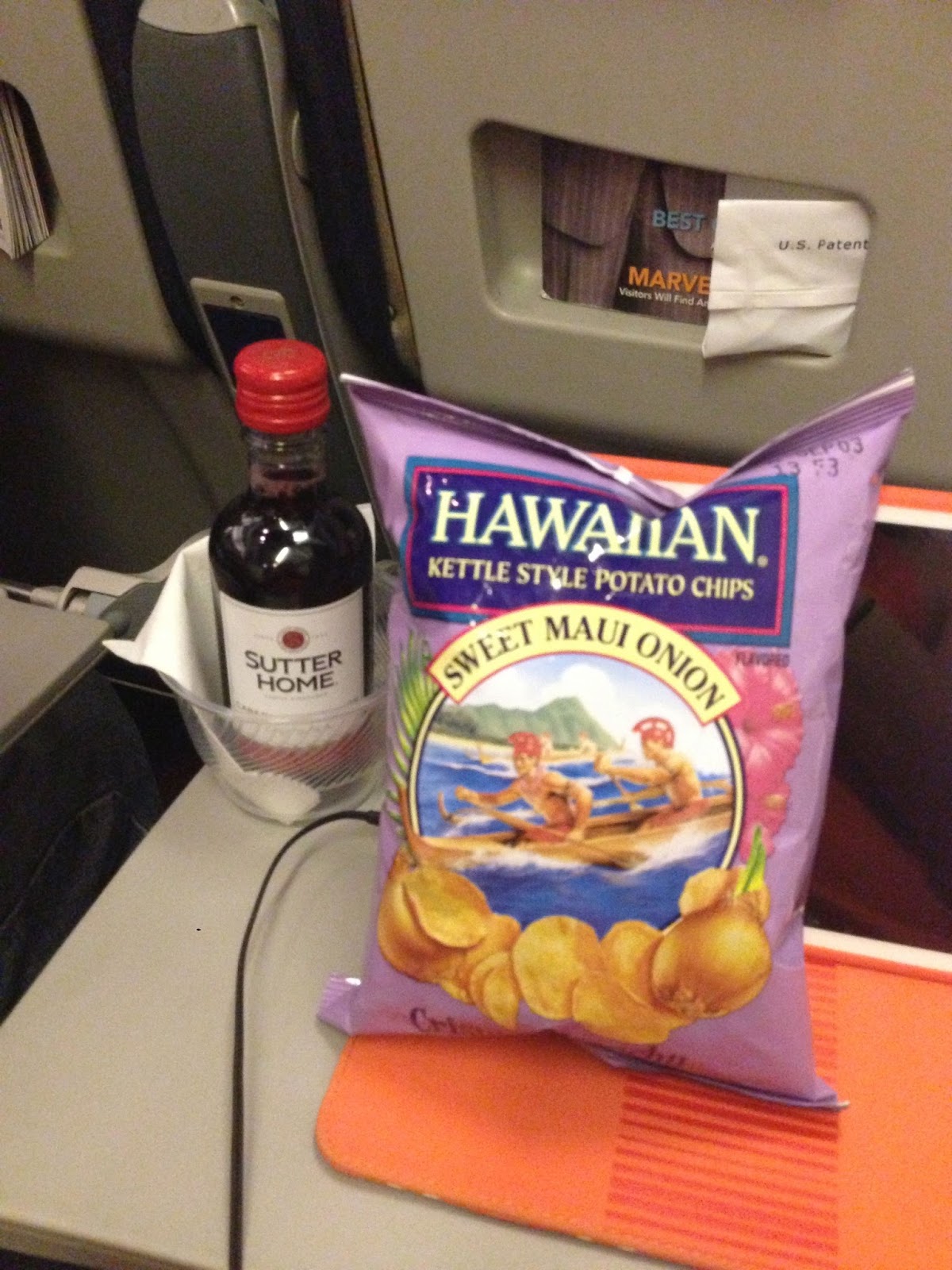 The seats were all taken so we made camp on the floor at the airport again. Flights from Hawaii are usually pretty packed so this was expected. Time for boarding comes and goes. As we’re waiting to board we are listening in to everyone’s conversations about Allegiant. I can tell you out of the 4-5 different conversations I heard, not one was in praise for the airline. Almost an hour later we board and take off. The passengers are still ranting about how much they dislike the airline and it was their first time flying with them. We were in the same boat and felt the same way. The captain on this plane at least offered an apology for the delay and also made up the time in flight to get us home on time. We land and even with us being the only plane there it still took 30 minutes for everyone’s luggage to come.

When I got home I decided to check out their facebook page for complaints and funny story…they have responded to almost every positive comment on their page but not one complaint or concern comment that is on their page. I find that very interesting and to me continues to show their lack of care regarding the way they treat their passengers. I do have to say that I really did get a kick out of some of the comments on their page though. They asked if everyone could guess what their big new is..here are some responses:

Moral of the story is, don’t choose an airline just based off price. Make sure you research the airline if you’ve never flown with them so that you know what to expect. Sometimes it’s worth paying the extra $100 or so for comfort and stability.

If you know you know ✨ #arieschild #aries #arie

Who’s kiddos start school tomorrow?! Only one of

[AD] I’m so excited to announce that select @fry

We’ve got our @mobil1 Road Trip kit unpacked and