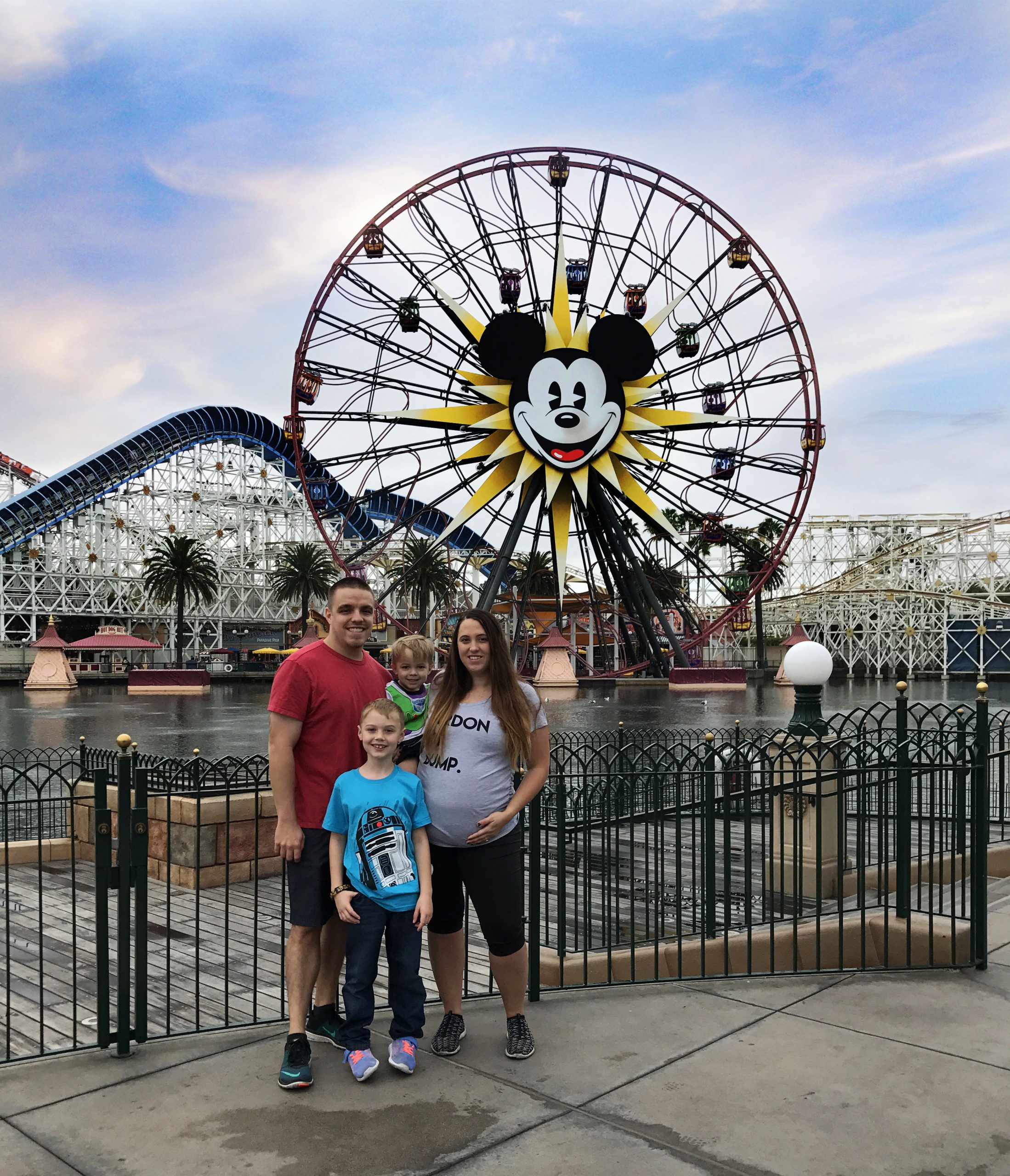 We are finally back from our trip to Disneyland and though it was just for the weekend, I felt like we conquered a lot! I got heavy into my Disney investigation before we headed out because I wanted to be prepared. I got some advice from other Disney moms to things I was unfamiliar with as well. Turns out, I was able to tackle Disneyland like a boss.

Road Trip in a Spacious Car

Sounds like a no-brainer right? Well, I have my VW Jetta which I love dearly but they thought of being squished in there with two kids was not appealing. The first step to tackling a road trip to Disneyland from Arizona is having enough room to breathe and move. Here is where Toyota came to the biggest rescue. I have never been a huge fan of Toyota Highlanders aesthetically but I’m not going to lie, when that 2017 Highlander pulled up in my driveway and I opened the door, I was stunned! 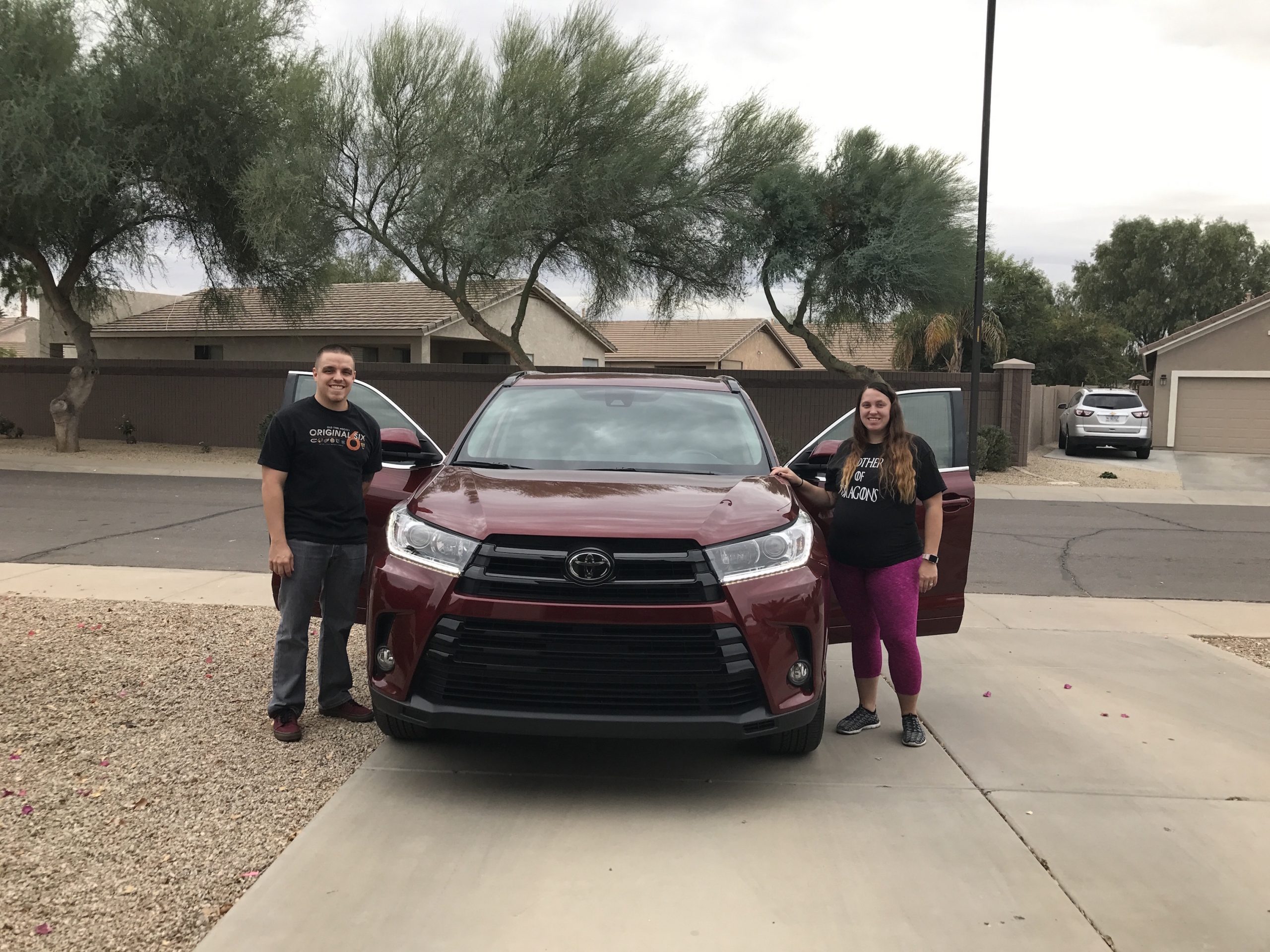 This salsa red beauty boasted so many features I didn’t know what to do with myself. Full leather black seats, two captains chairs in the middle, a full third row, and trunk space left which fit our Luggage Direct pieces perfectly. We had more space than we ever thought possible. As I looked around more, we discovered a Bluray player with Bluetooth headphones, a fold up center table for the middle row, full navigations system and more. I could not wait to get that baby on the road.

We hit the pavement and didn’t want to look back as we were in full road tripping mode only to discover, 45 minutes later, that I had forgotten my purse at home. Yes, we had to turn around and go get it because all I had on me was my driver’s license and nothing else. I was pretty annoyed with myself but what can you do when you have pregnancy brain?! Once we got back on the road again it was smooth sailing and I mean smooth. 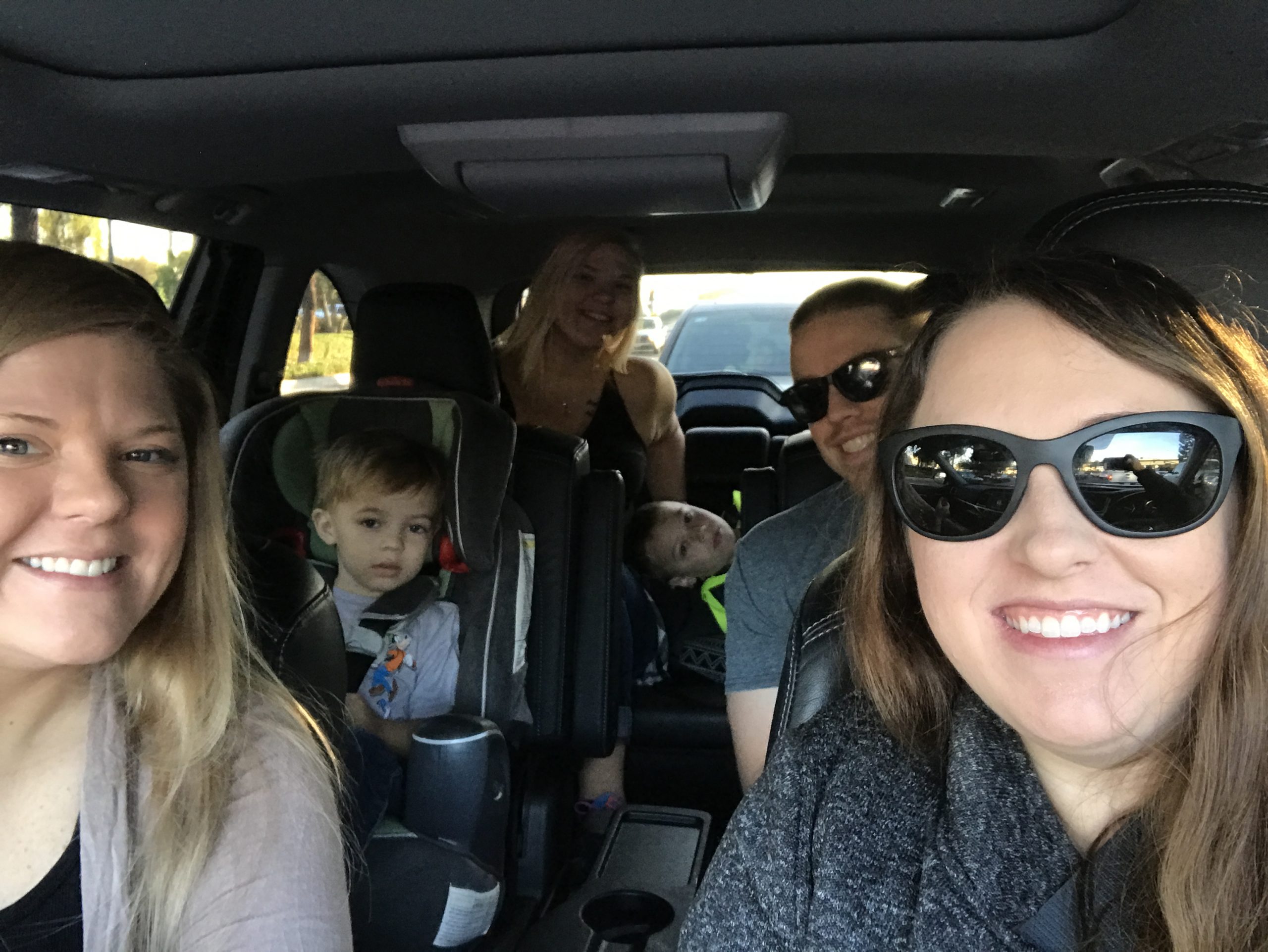 The Toyota Highlander is quiet as a mouse and has some awesome driving features such as land assistance, rearview camera, blind spot notifications, and my absolute favorite, assisted cruise control. You guys, I had no idea this existed! If you are like me and wondering what in the world I’m talking about, let me fill you in. When you get to your set speed, set your cruise control like normal. If a car jumps in front of you while driving, the car automatically slows down to allow adequate space between you then resumes your speed. This literally stole the show for me.

There are more features about this car that I could talk about but I’ll just leave my video below for you to check out. Also, I didn’t want to give the car back in the end. I fell in love with it so deeply that now we are on the hunt for one as our new car!

Do the Research Yourself

Being that I haven’t been to Disneyland ever, well since I was 3 years old so pretty much never, I had no idea where to begin. I asked around and was given a variety Disney planners to reach out to. I contacted them, gave them the info they needed and they sent back packages. Everything seemed so expensive still and when I looked into the pricing for the same options myself, I was able to find it all cheaper. Like $200-$300 cheaper than what they were quoting me. I know some people have had awesome deals scored by their planners but unfortunately, none I talked to were able to show that.

Save Money on Your Hotel

When looking at the Disney Resort prices, my mouth dropped. I would absolutely love if we could have stayed there but my wallet said f no! Instead, I looked for a more affordable place to stay within the area. We ended up at a really crappy Quality Inn. It was safe but man was it crappy. The perks were you had an amazing view of the fireworks display at night, you didn’t have to pay an additional fee park every day, and it was .25 miles from the Disney gates. The downside is literally everything else but it only cost us $350 compared to $1k+ for another location. 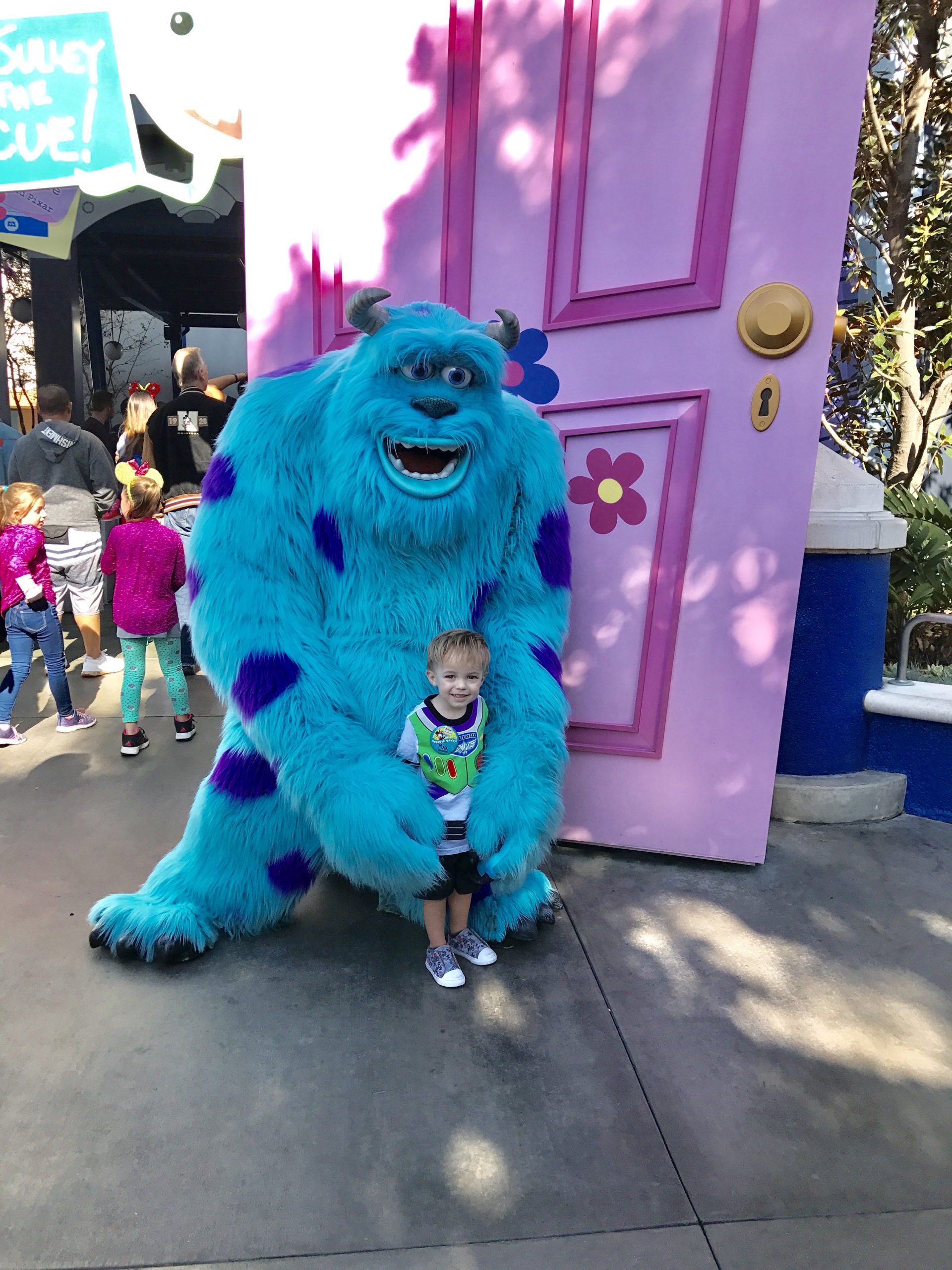 Add the Disney MAXPass to your Ticket

Though I know what a Fastpass is, the Disney MAXPass is all new to me. An additional $10 a day for a digital fast pass just didn’t sound super appealing at first. Well, turns out, it was worth it. The Disney MAX Pass lets you get all the best fast passes without running around like a chicken with your head cut off. Not to mention, you can add everyone in your party to the app and put everyone on the waitlist at the same time. This was a lifesaver. I don’t know why my pregnant self didn’t realize this would be a game changer, lol. An added bonus to the pass is you also get the Photo pass for free so any photos taken at Disneyland by one of their photographers are added to the app and free to download. Score!

One other item of grave importance, or so I thought, that we had forgotten was the stroller. Toddlers do not like walking and the fact we forgot ours had me panicking a little. We decided we would just give it a go and see how long we could last without one. If he started whining then we would just rent one and be done with it. Turns out, Max is a champ. We didn’t need a stroller the whole time we were there. We did take turns carrying him when we were in a hurry to get from one end of the park to the other but seeing the hundreds of strollers parked and parents trying to finagle everything gave me anxiety. I truly believe if you can get away with a carrier and backpack, DO IT! 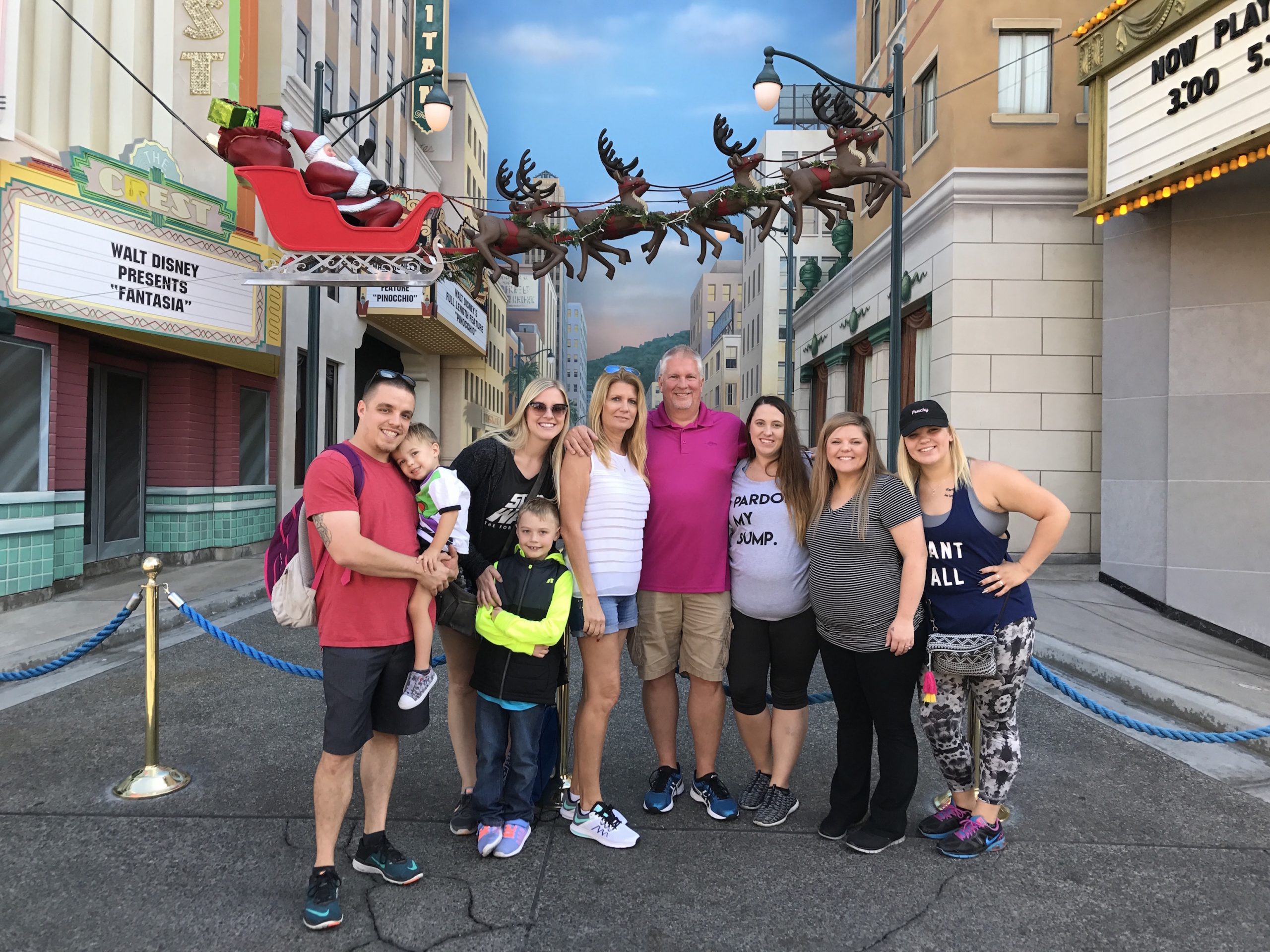 With all of that MaxPass goodness and your own momtog self getting down on some photos, you forget that your phone has a battery. My phone did well but by 3pm, it was dead. I was super bummed and didn’t get to take any photos of the castle at night. My siblings, however, brought along battery charges and were in business all day. Lesson learned.

Though on the last day of our trip, Max’s third birthday, as we were leaving the Disneyland exit, Max tripped and knocked out his front tooth. I was pretty much traumatized and cried for legitimately 3 hours straight and no, that’s not an exaggeration. We left the happiest place on Earth with a blood covered, crying, pregnant mom and a toddler who looked like he had been brutally punched in the face. We had the best time and made our trip back comfortably with the help of Toyota and can’t wait to visit again with hopefully less blood involved next time.