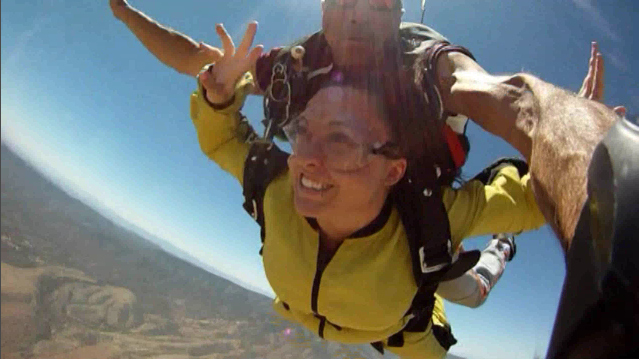 Arizona is not a place that would typically pop up in my mind as ‘hey, let’s go skydive there!’ but it happened and was beautiful. An acquaintance of mine had an itching to go skydiving and asked everyone on facebook if anyone would be interested in going. Being that I’ve gone before and my dad use to be an instructor I said yes!

My first dive was in North Carolina when I was 16 and everything went well until the landing. The instructor kept changing his mind on how he wanted us to land and so when my feet were about to hit the ground I took one approach and he took the other. Sadly this resulted in me fracturing my ankle but it wasn’t that bad in comparison to all of the other injuries you can get from skydiving. 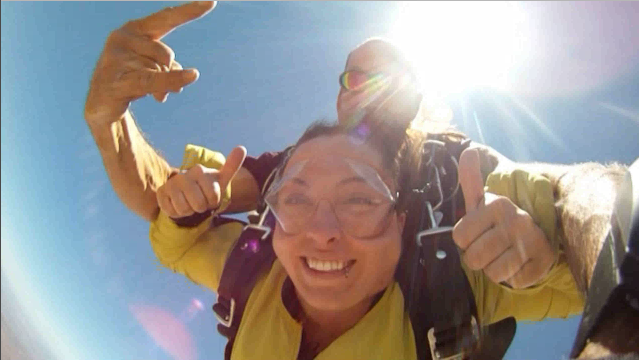 When we arrived it was pretty warm outside and the building was situated in the middle of all the beautiful red rocks that Arizona so proudly displays up north. We went in, did a little training, suited up, and headed out. 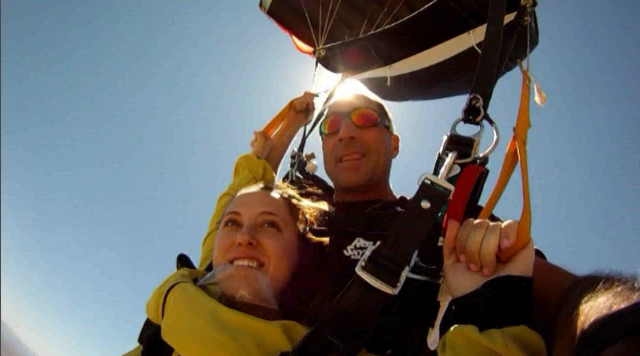 I will be honest, the plane we flew in scared the living piss out of me. It was old, had no flooring, just metal, and the door was plexy glass that slide up and down. I’m not scared of heights but the thought of falling out of the plane while we were ascending stayed consistently on my mind. Once we finally reached out altitude of 13,000 feet we hooked up and got ready to jump.

Nothing gives you an adrenaline rush like your feet dangling outside of a plane and hoping that nylon fabric is going to catch your fall. In 3, 2, 1 we pushed off from the plane and started falling. I immediately remembered one of the things I didn’t enjoy about skydiving and that was trying to breathe. You’re falling so fast that its hard to catch your breath but eventually I caught it this time.

We fell for what seemed like 15 seconds before pulling out chute. Once our parachute was all out the instructor let me take the reign and guide us down. This was something I didn’t get to experience on my last jump so it was pretty awesome. 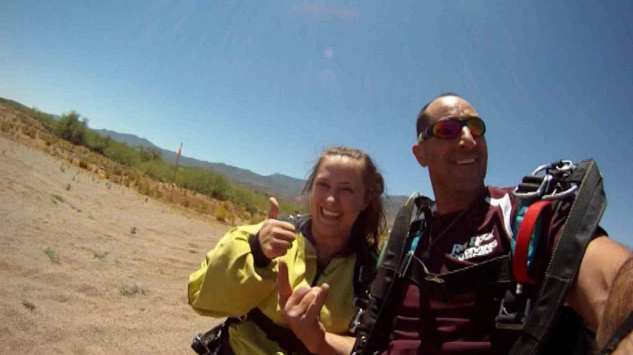 We finally landed safely, ankles in tach, on our bottoms in the dirt landing circle. I was pretty pumped about the smooth landing and gave a high five in excitement. Afterwards we went inside to check out our video, undress, and try to bring down our excitement levels.

For anyone whose interested in trying skydiving for their first time or just skydiving in Arizona, I would high recommend Red Rock Skydiving. You get a beautiful view of Arizona, red rocks included, and its a safe, pleasant experience.

Our stay at the @arabellahotelsedona was absolutel