Everyone has their favorite spots when snorkeling on Oahu but in my opinion, there are 3 main areas to check out. From the more local spots to the most touristed areas, there are easily 50 locations or more to see all the fish you could imagine.
First up on the list is Ko Olina which is 4 manmade lagoons located on the new Disney resort. Though the lagoons have been there before Disney, it has been one of the best areas to take your kids to the beach. The lagoons vary in size but each one of them has something to offer.
The lagoons are free to use however the price you pay is waiting for parking! Sometimes it will only be 5 minutes and other times it can take close to an hour for a spot. You can always opt to pay the resort’s valet as well but no one is usually up for that. Also, be sure to grab a sweet pricey mai tai from the resort after your dive, it will be worth it, I promise!

Everyone has their favorite snorkeling spots all over the island but one of mine is sadly one of the most touristed areas. Hanauma Bay. I don’t know why but something about the bay just captivates me. Yes, there are a thousand tourist around but if you head all the way to the other side its much more calm, less kids, and peaceful waters. I have been to the bay numerous times and every time I have someone new visit Hawaii I take them there and its always one of the highlights of their trip. You would think for such a busy area that the fish would just scatter and stay far away but they don’t give a fuck if you’re their, they will swim right next to you. After all, we are in THEIR territory which is another discussion that I don’t want to start on just yet.

The Bay sadly isn’t free and cost about $11 a person to get in without gear. They do have rental huts to borrow snorkel gear for the day though at about $3-$7 depending on what all you need.

From the informational video you watch to the reef and the fish, Hanauma Bay is a great place to see at least 20 different fish as well as a honu if you’re lucky! Unfortunately the last time I went a big storm had just passed so all of my underwater pictures are a bit “dusty” looking. Next time though, those pics will be mine!!! 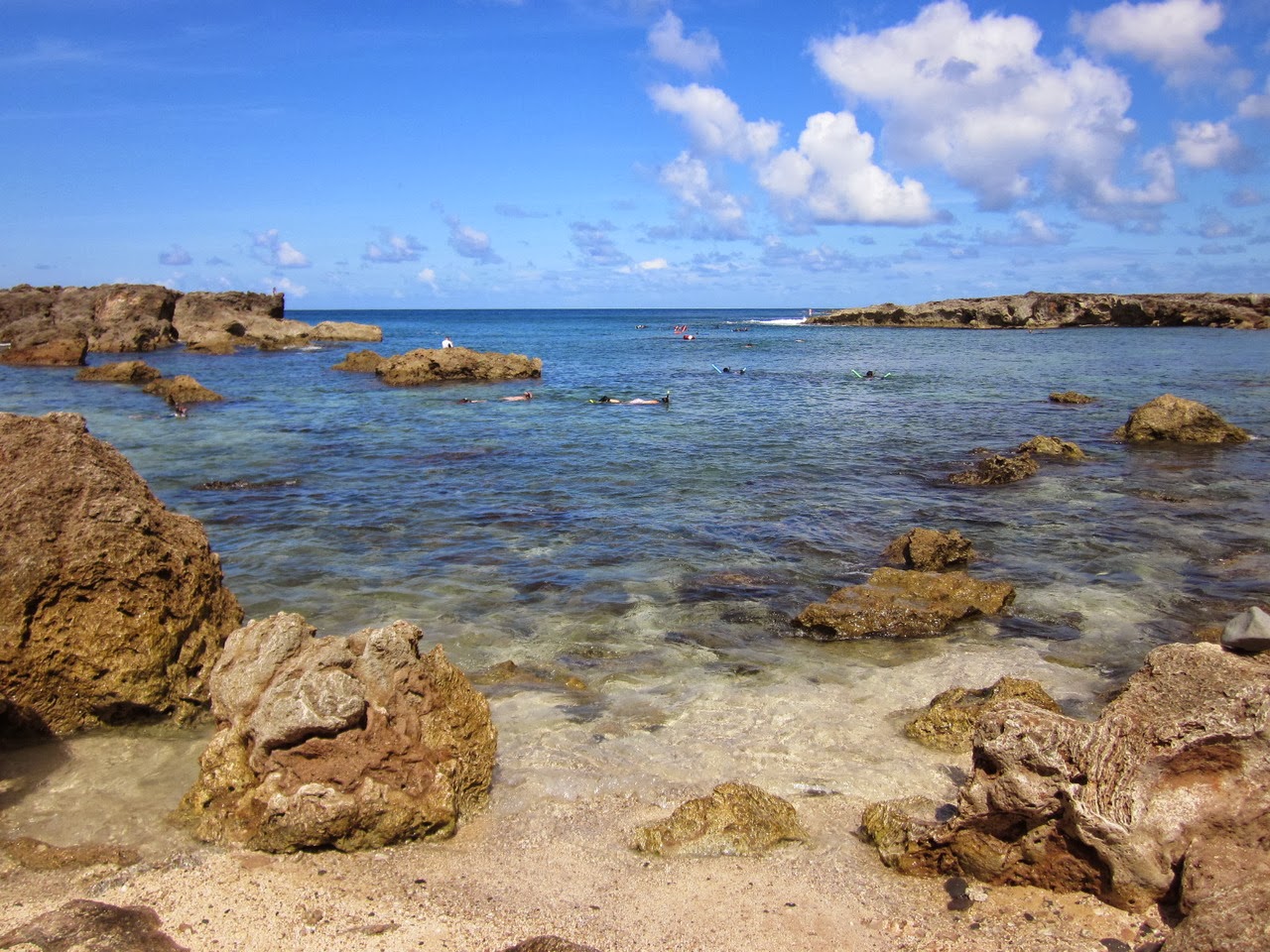 Sharks Cove is also an excellent choice when it comes to snorkeling. I have only snorkeled here a handful or times and enjoyed but haven’t had much luck in the sightseeing process. I do know several people who have taken some beautiful shots of turtles, schools of fish, tiny creatures etc. at the cove though. The reef is abundant and very sharp so though there is no one there guiding you, please use common sense and don’t step on it! The best part about the cove? Its free and not as crowded as Hanauma Bay.

What are your favorite spots on the island? Are they full of tourist or desolate as can be?