“This is a sponsored conversation from Mums the Word Network and The Stork OTC.  All opinions are my own.” 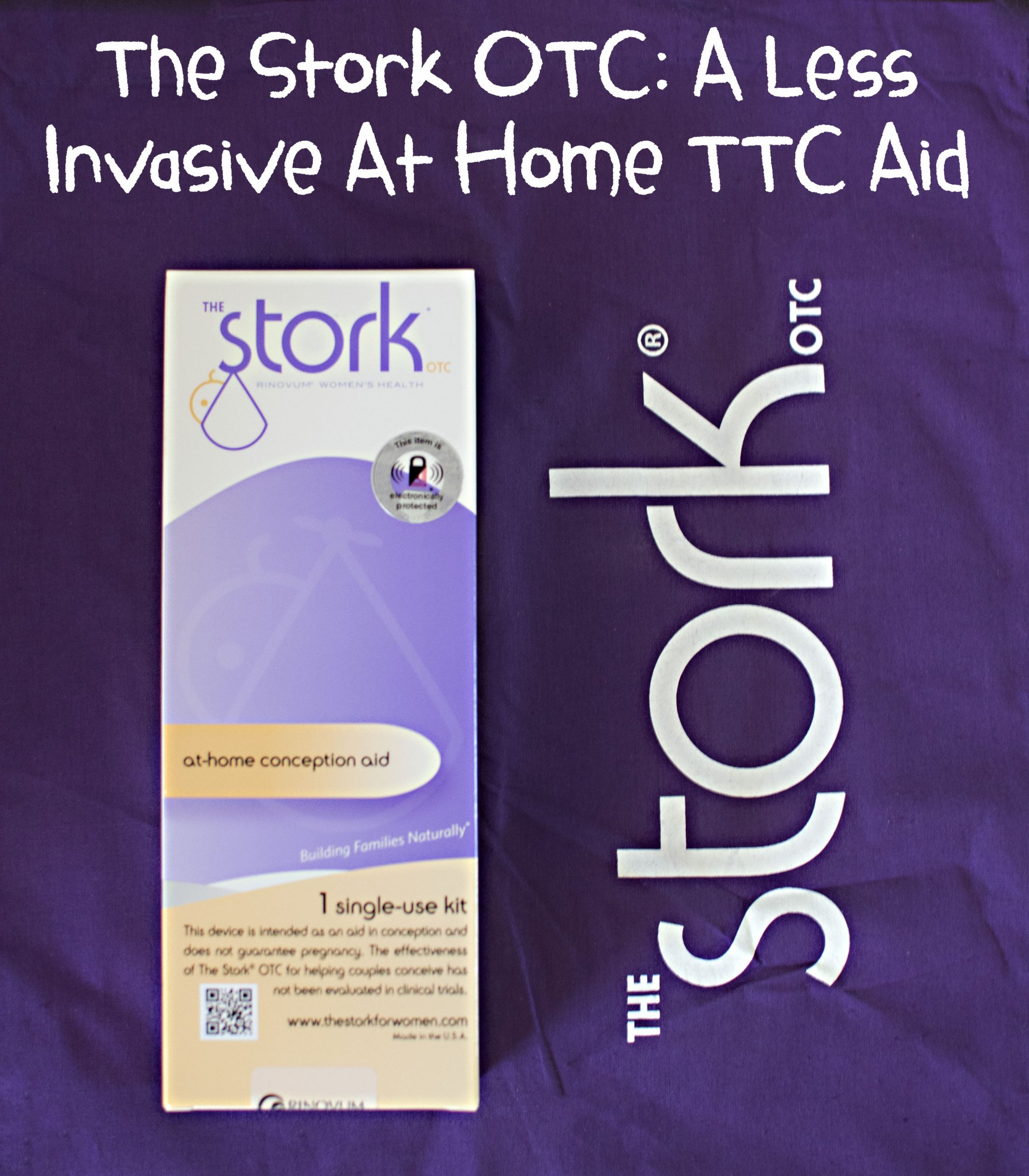 When I became pregnant with my first son, it was quick, easy, and honestly unplanned. After a couple times of unprotected sex, Little E was conceived. I had a normal pregnancy with no complications and he was born via c-section. The second time around, my husband and I worked at conceiving our second son but didn’t put a lot of pressure on it. We figured if it happens then it will happen. We knew we wanted a baby but we weren’t going to anxiously rush the process.

After 6 months of unprotected sex we decided to stop trying and to wait it out. Clearly it wasn’t the right time for us since it wasn’t happening. We weren’t heart broken, it just was what it was. We decided this 2 weeks after I had surgery to remove a tumor growing in my abdomen. Then 2 weeks after our decision, I grew a little suspicious of how my body was acting. I was craving deli sandwiches and cheeseburgers which is not something I have ever done in my life. Tacos sure but cheeseburgers? Now that’s weird.

As my suspicions grew I told my husband that I thought I might be pregnant. He panicked a little as the thought of having a baby could really finally be real. We picked up a pregnancy test that night and I had it all set up to take the next morning since I know that’s when your hCG levels are the highest. Sure enough the morning came and there it was, all capital letters flashing “PREGNANT” at me. I was excited and nervous and my husband freaked but we were finally pregnant.

With Baby M, my labor wasn’t bad but the delivery was the worst. It was pretty traumatic for me and honestly gives me anxiety thinking about having another child. You can read more about Baby M’s birth story here but in short, there were slight complications and my next child will have to be born via a 3rd c-section as well.

Now that Baby M is coming up on his 2nd birthday, my husband and I decided to start trying for a third baby. He’s always wanted a mini sports team of children while I’ve always been the one to shy away from the idea. I was the oldest of many children and I know the hell we caused our parents growing up. I don’t want that sort of torture for myself. I can only imagine it would be karma knocking hard at my door!

Though we are a little nervous about my previous complications, we are ready for our third little one to come into the world. We have been trying for a couple of months now but with no success yet. Previously we assumed my tumor may have been part of the problem but now with months of tracking my cycles, we are beginning to think maybe it wasn’t. 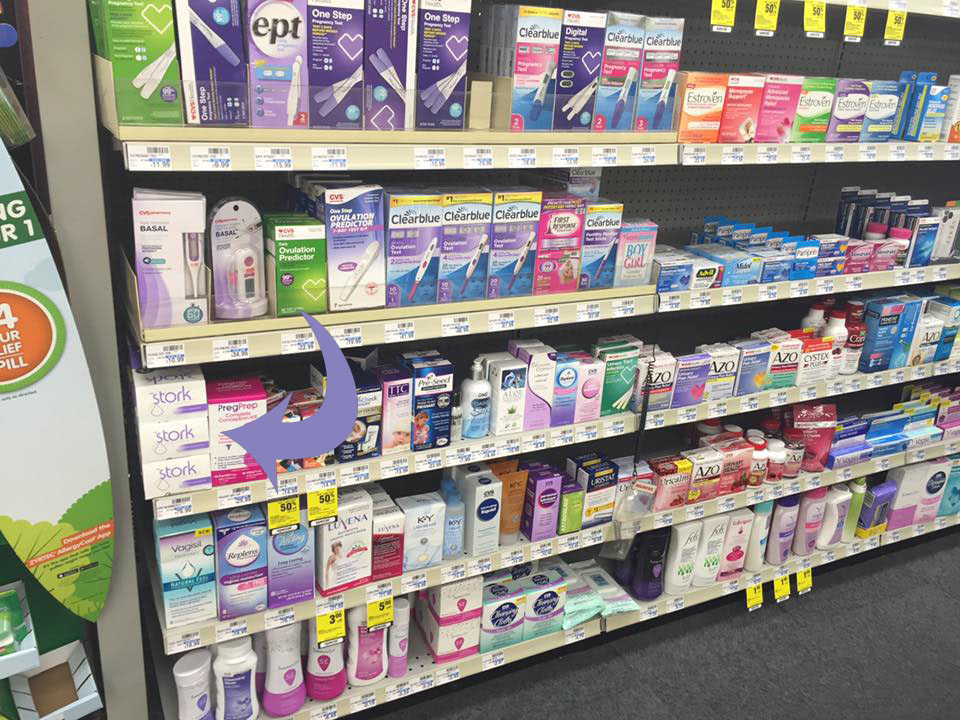 Other than ovulation tests, there aren’t very many over the counter options out there for those of us who are trying to conceive. I’ve tried all the tips and tricks of how to lay, eat, sleep, everything but nothing has been a viable option thus far. Then recently I found out from a little birdie about a less invasive at home TTC aid called the Stork OTC.

The Stork OTC is an FDA cleared medical device you use at home to help aid in conceiving without the use of doctors. Not only is it a low cost alternative to more invasive treatments, you can purchase the Stork OTC at a CVS near you without a prescription. They are in the contraceptive aisle or “family planning” aisle and I found mine situated next to pregnancy tests, prenatal vitamins, and ovulation tests. 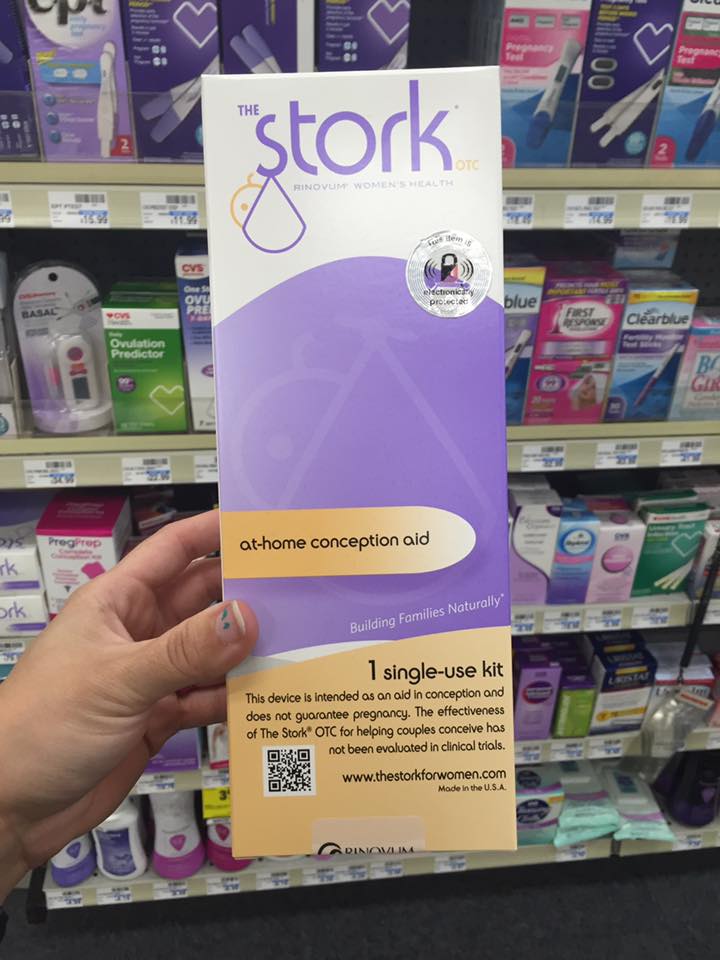 Trying to conceive without results is stressful enough so having the ability to use a simple device comfortably at home is an option I love. It is suggested to use the device when you’re ovulating which will place a cervical cap of sperm against your cervix. This gives sperms longer exposure to the cervical mucus and helps prevent back flow into the vagina. Using this cervical cap insemination method has shown a pregnancy success rate of up to 20% which is comparable to the IUI success rate of 16-21%.

You may be wondering how this device works and though I could try to explain, I think this video sums it up the best.

Now that you’ve got an idea as to how the Stock OTC works and what it can offer you, feel free to join us for a Twitter Party! On September 28th I, as well as a few other panelist, will be discussing the Stork OTC as well as other TTC topics. If you’d like to participate all you have to do is join in at 8pm EST using the hashtag #WhyStorkOTC. There will even be some awesome prizes being given out to some lucky participants including a Stork OTC!

Just a few deals! Link in bio for most of them!

Ready to mix up your post Thanksgiving meals? Here

If you’re looking for experiences to get the kid

#ad Looking to get more bang for your buck this ho

I've got to do a little humble brag on the @wildis

Why is this so satisfying?! #homeorganization #h